Is the Mandela Effect Leaving Your AWS Data Vulnerable? 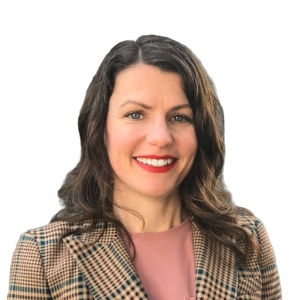 Humanity’s collective memory can be a little fuzzy. Case-in-point: The Mandela Effect, or the phenomenon of large groups of people misremembering the same fact or event in a similar way. The effect is named after Nelson Mandela, who many people believe died in prison in the 1980s despite the fact that he actually went on to become President of South Africa in the 1990s.

A Few Examples of the Mandela Effect:

The Mandela Effect in the Cloud

The Mandela effect is not just a pop culture phenomenon, it exists in the world of enterprise technology, too. It’s a common misconception that data stored in the cloud is automatically backed up.  The truth is that cloud providers operate on a shared responsibility model, in which the cloud provider is responsible for the security of the software, hardware and infrastructure, but not customers’ data. For example, when AWS refers to their highly durable <a href=”https://clumio.com/products/protect/s3/”>Amazon S3 service</a>, it’s true that the platform is incredibly durable, which means you’re unlikely to experience any trouble with their systems or infrastructure.  However, this has nothing to do with protecting your data from accidental deletions, ransomware attacks or insider threats. According to the shared responsibility model, that’s your job.

Understanding your part of the shared responsibility model is your first step. Figuring out how to protect your data is the next. Here are a few resources for your consideration:

Customers love working with Clumio because they get air-gapped, immutable data protection with incredibly fast time to value while SaaS simplicity ensures fast and simple ingest, cataloging, search and recovery at any scale. Clumio allows customers to automate protection of their AWS and Microsoft 365 data, saving time and resources that allow them to focus on strategic initiatives and reducing TCO compared with other options.

Don’t let data protection misconceptions leave you vulnerable. Say goodbye to The Mandela Effect and get The Clumio Effect.